The Ministry of Foreign Affairs (MFA) in Iran needs maximum 7 working days to issue the “Visa Grant Notice” including an authorization code for the applicants which is called E-Visa as well.

Below you will find Irandelle Visa form .

Send copy of your passport and Photo 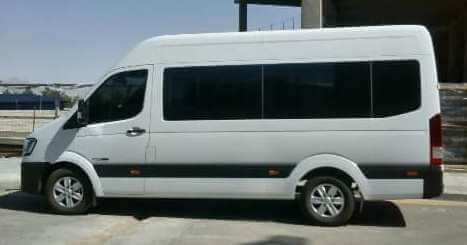 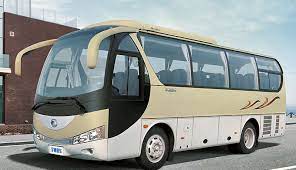 MiddleBus
€150
You should rent this car with a driver, and its price includes the driver’s allowance, meals and lodging. It carries up to 18 passengers .
Book 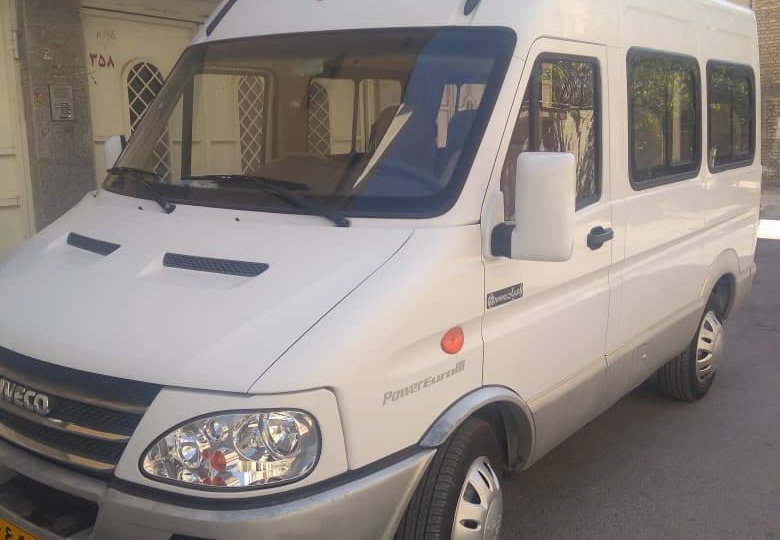 iveco
€85
Tourists usually rent this car with a driver. Ideal for a family with kids, up to 5 or 6 passengers. its price includes the driver’s allowance, meals and lodging.
Book 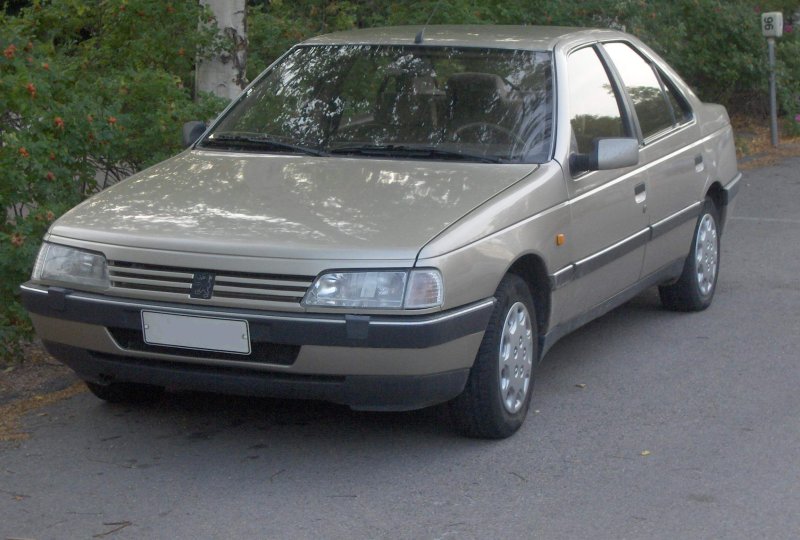 A favorite Iranian family car, well-adjusted to Iranian roads. This car is produced in Iran, in great numbers.
Book

An french car favored by Iranians. Known as a low consumption car. Suitable for couples or with one child.
Book 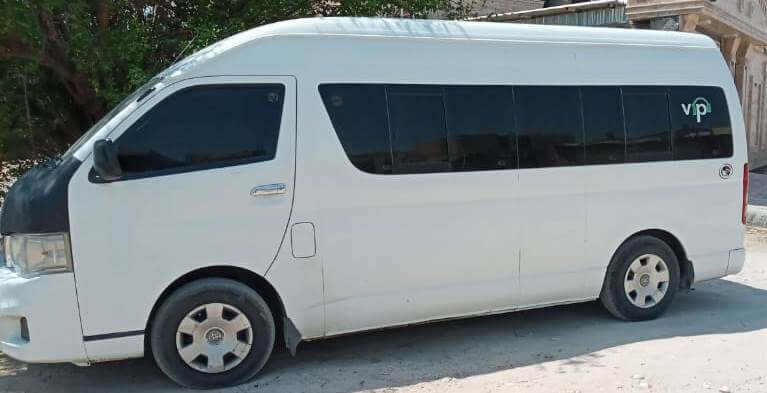 Tourists usually rent this car with a driver, but if you feel comfortable with driving rules and conditions in Iran, we can discuss the issue. Ideal for a family with kids, up to 5 or 6 passengers. its price includes the driver’s allowance, meals and lodging.
Book
Categories:
Uncategorized

Iran city tours include a collection of private sightseeing and excursion tours in Iran, specifically designed for those who are visiting Iran as business people who have found some time to spare out of their busy schedules, solo travelers who want to explore a destination more deeply or even those who are on a tour trip in Iran but have missed some important cities on their itineraries and now wish to visit those cities.

So, if you are going to take short, private tours of major tourist destinations in Iran, Irandelle travel agency has designed specific packs for you. Right now, you can contact Irandelle experts and reserve your exclusively prepared city tours for Tehran, Isfahan, Shiraz, Yazd, Kerman and Kashan.

In addition to carefully designed city tour packages, we also have the best cars of all ranges and classes, highly skilled drivers and exceptionally experienced local tour guides who speak English, Spanish, French, Italian, Chinese, Arabic and many other international languages.

And, the last but not the least, we guarantee that our prices are the best ones available on the market. Just make some comparisons and then contact us. We are looking forward to seeing you soon. 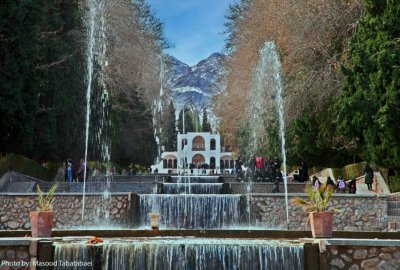 Visit unique Safavid monuments, enjoy a special cascading garden, get to know a famous mystic and explore the vastness and beauty of Shahdad desert.
Read More 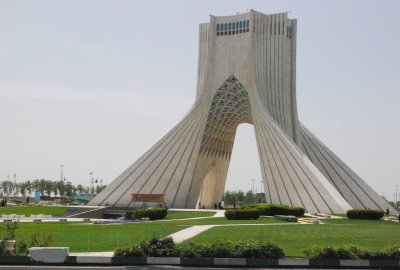 A Blend of Tradition and Modernity Visit the splendors of the Qajar era, amazing palaces of the Pahlavi epoch and mingle with modern-day Tehranians.
Read More

The city of Isfahan, the crossroads of caravan routes, the splendid capital of the Safavids, is an essential stopover on your journey in Persia.
Read More 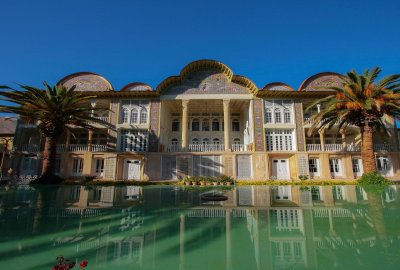 Shiraz the city of the wine and the poetry. Its inhabitants are known for their savoir-vivre and their epicureanism.
Read More 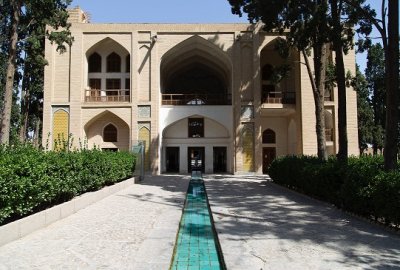 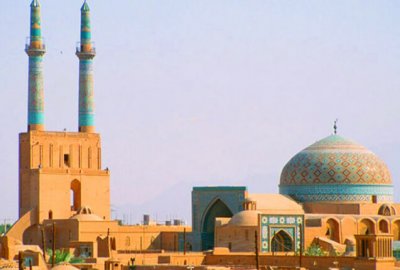 Shiraz the city of the wine and the poetry. Its inhabitants are known for their savoir-vivre and their epicureanism.
Read More
Categories:
Uncategorized

Dolat abad garden is one of the nine Persian gardens registered as the UNESCO world heritage sites which was constructed in 1750.

Its wind tower which is the tallest of its own kind, 34 m high, was built in Qajar era.

Dolat-Abad Garden: A Green Refuge in the Middle of a Thirsty Desert

You may know Iran as a dry land, covered with hot, parched deserts. Well, though Iran actually enjoys different climates, you are not wrong and a large part of it is covered by deserts. However, many of the cities which flourished in these arid lands are spotted by magnificent gardens, inheriting features from a long tradition of garden making which stretches as far back as the Achaemenid Period. As a matter of fact, anyone interested in Iran is well-acquainted with the term “Persian Gardens” and what it connotes.

In this article, we are going to introduce the Dolat-Abad Garden, a heavenly sight which no visitor to Iran should miss visiting. Dowlat Abad Garden was built in the 18th century in the city of Yazd. This enchanting residential-governmental garden, with an area of 6.4 hectares, includes the tallest adobe wind-catcher in the world, large pools of water, many years old pines and cypresses, a very special qanat and delicately designed mansions, unique qualities which designated it as a National Monument in 1965 and a UNESCO World Heritage Site in 2011.

So, whenever you are in Iran, make sure that you will visit the mesmerizing Dolat-Abad Garden and to know more about it, please continue reading out article.

A History of Dolat-Abad Garden

In the first quarter of 18th century and at the end of and Zand dynasty, Muhammad Taqhi Khan Bafqi, known as “Khan-e Bozorg” or “the Great Khan”, entered Yazd with his 70 gunmen and became the ruler of the city for the next 53 years.

As the first contributions to the city, Muhammad Taqi Khan built the 65-km long Dolat-Abad Qanat, originating from Mehriz heights.

Having enough water at hand, he then built the huge Dolat-Abad Garden which was used both as his residence and seat of government. At this time, the garden was located outside the city of Yazd, tightly packed with various kinds of trees. The abundance of trees made the garden also known as “the Garden of Thousand Trees” in the public imagination.

During its life, the garden welcomed many important guests such as Karim Khan Zand. However, little by little, the garden became disused and lost its glory.

Fortunately, in the year 1969, the Ministry of Culture and Art hired the garden from the Department of Religious Affairs and entrusted it to the office for the Protection of Antiquities. Under the protection of its new guardians, the garden was renovated and a new life was injected into its veins.

The Architecture of Dolat-Abad Garden

As we mentioned before, Dolat-Abad Garden was used both as a residential and governmental monument. As a result, the garden is divided into two parts: Biruni (external) and Andaruni (internal). These two parts are located perpendicularly in relation to each other.

On the southern side of the pond, there is located the tallest adobe wind-catcher in the world. It is 33.8m. high and 80cm. wide, equipped with a dome-like sky-light. Previously, instead of the dome-shaped skylight, the wind-catcher was equipped with an octagonal skylight.