For thousands of years, wheat bread has been the staple food of people living in the Iranian plateau. Despite the introduction of several new food ingredients, it still is the most abundant food on the table and accounts, on average, for 70% of daily caloric intake. This is why Iranians consider bread as god’s blessing and wasting it is quite unacceptable.
Generally, there are two major baking methods: oven or tray. The former is mostly used in cities and villages and the latter among nomads.
There are four main types of bread in the cities: Taftan, Lavash, Sangak, and Barbari. The first two are thin and flatbread and are the most consumed within Iranian Society due to their more reasonable prices. But if you are looking for the most popular, you should ask for Sangak. The leavened dough is made from specially milled flour. It is baked in an oven consisting of a sloping brick shelf covered with red-hot pebbles (literary means Sangak), which leave their imprints on the bread. You can also ask for sesame, nigella seeds, or herbs to be added to the dough before baking, for an extra amount of money.
Don’t forget to remove the left pebbles and cool the bread before putting it inside a plastic bag.  read more about Nan 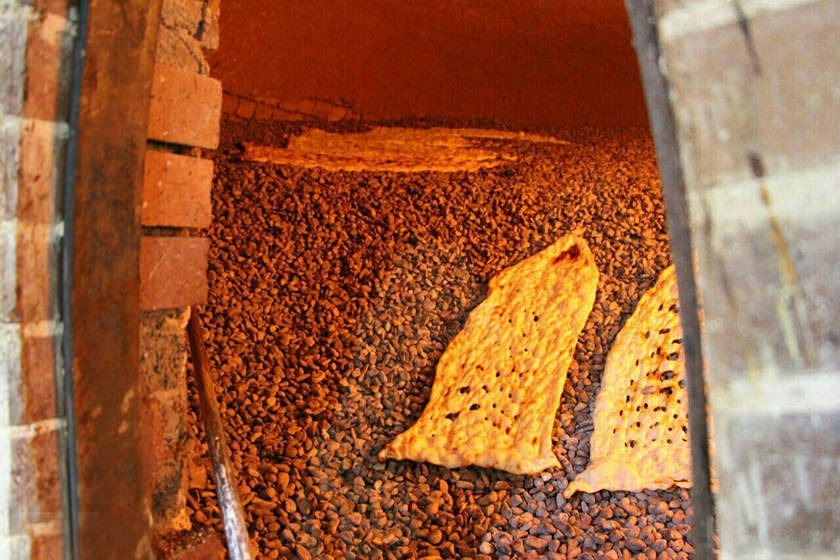 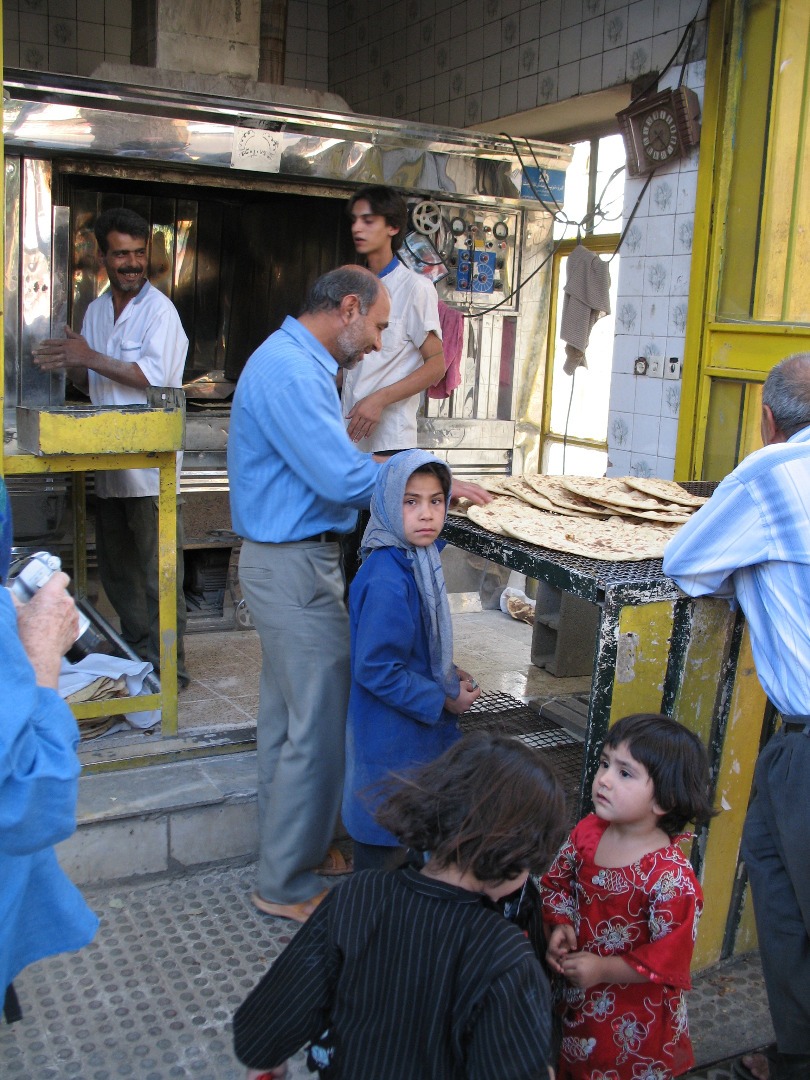 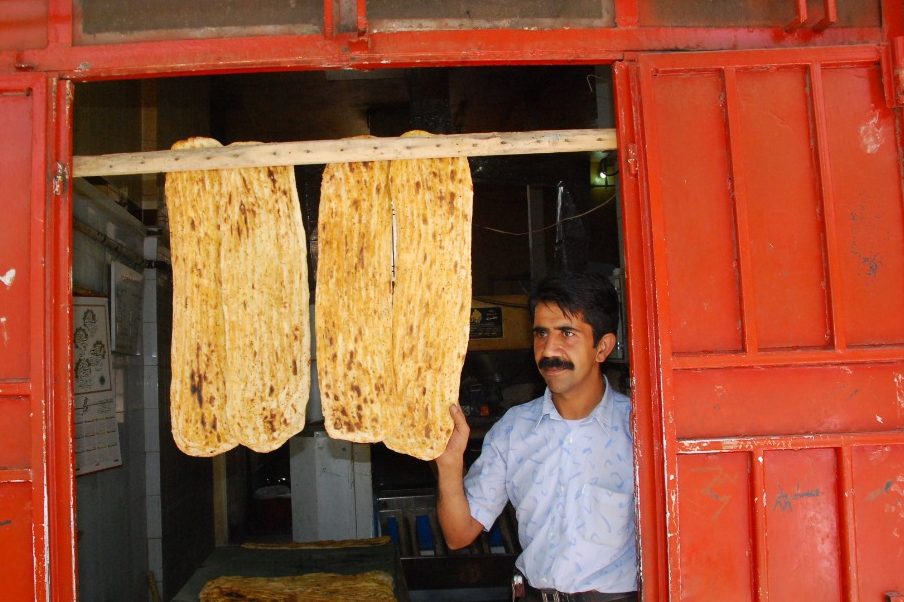